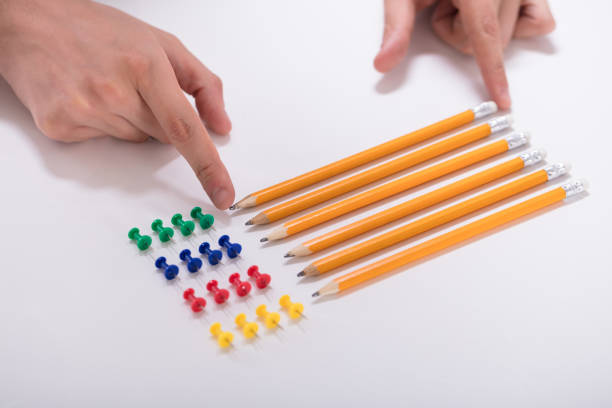 Do you ever find yourself worrying about whether you’ve locked the front door? Did you turn the oven off? Did you double-check that the heating was off before you left the house this morning? If you find yourself asking these questions, then the likelihood is that you’re a completely rational and logical person – possibly even a perfectionist. But, you probably don’t have OCD.

OCD is defined as an anxiety disorder that affects a person’s daily life; individuals with OCD are compelled to perform certain tasks ritually, which they have little control over stopping. Common activities associated with the disorder are fastidious attention to details, checking that a door is locked several times, extreme cleanliness, and counting things. Although these may seem like rational behaviors, they are in fact irrational because of the time taken to complete these rituals. An individual with OCD may spend hours of their day ensuring that every single window and door in their house is locked, this then becomes a routine - where if not completed - they become extremely anxious.

A perfectionist will often go out of their way and make it obvious that they require organization and orderliness in their lives; someone with OCD will often be attempting to fight these kinds of compulsions. A meticulous student, for example, may submit their assignment online and check again before the deadline to ensure they have submitted it. A student with OCD may submit the piece of work several times and check the submission box periodically to ensure that the file hasn’t somehow disappeared.

The difference between OCD and perfectionism is the level of rationale applied to the activity or situation. For example, a rational response to getting dirt on your hands would be to wash them until the dirt is gone. An irrational response would be continuously washing your hands long after the stain is gone. Most of us aspire for perfection in our lives; a personality trait that originates from childhood where a reward would be given for good work in school. Many of us carry this into our adult lives and apply it to our work, education, and personal growth.

OCD can be characterized as an extreme form of perfectionism, where anything can lead to anxiety, fear, and distress. Perfectionism is a personality trait where one strives for flawlessness; it becomes OCD when those strives cause literal disorder in one’s life.

Though the differences are subtle, it is important to understand that these two are different and that claiming you have OCD when you don’t can be extremely insensitive to someone struggling with the disorder. OCD isn't funny, and it's not a quirky gimmick you can abuse when and as you feel; it’s a serious disorder with debilitating effects. Don’t use ‘OCD’ as an adjective - it’s not a word that describes you in any way, shape, or form – it is a medical disorder and should be seen as one. You can have perfectionist tendencies, but again, this does not necessarily mean you have OCD; it is best to always consult your GP if you are unsure.

If you find yourself with symptoms or tendencies of OCD, give Calm Blue Waters Counseling a call at 980-689-1794 or send email to [email protected].